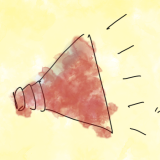 There’s a post on Seth Godin’s blog today called Do we value attention properly? In it, he argues that we need to be careful not to discount the attention we get from our audience, i.e. anyone who pauses to listen to us, because attention is valuable. He makes a good […]

One grey tick, then two. Now wait for ticks to turn blue. Love, I’ll wait for you.

are those that I’ve read with a question in mind to be answered (especially work-related non-fiction). The worst are those where I’ve gone through chapter after chapter, with the words “so what?” at the end.

We might actually know more than we think we do

As I listened to the speaker of the webinar, a man who had tons of Sales Operations experience, something gnawed at me – something about what he was saying felt incongruent, felt wrong, but I didn’t just couldn’t put my finger on it. I took notes, and then started connecting […]

Give me aMerc; a Porche; a Bugatti;A Fiat; a Bentley; no, give me a Ferrari.Give me the speed; the space; the luxury! I could just imagine myself sitting in one of those perfect cars. Hands on wheel, jazz playing softly in the background, driving down a lonely country road in […]

Pleasantries exchanged, we got down to business.  Rather new to each other, we moved deliberately. The context of the meeting was potentially explosive. It had all the makings of “your word against mine” scenario. But it started out well. Facts, or perspectives of the facts, were exchanged, and these facts […]

The City of Sophronia

The city of Sophronia is made up of two half-cities. In one there is the great roller coaster with its steep humps, the carousel with its chain spokes, the Ferris wheel of spinning cages, the death-ride with crouching motorcyclists, the big top with the clump of trapezes hanging in the […]

How to save time

Try one of the following: Learn how to programme the TV recorder in the quickest way. Two buttons, three steps. Take four minutes, not five. Use a TV recorder to save your favourite TV shows and skip through the ads. Save 30 minutes every two hours. Or… stop watching the […]

Today was an awful day. It started with me waking up a little later than hoped. I’d planned to go in earlier, get a head start on the tons of work I’d left outstanding from the previous day. But by the time I managed to get to the station it […]

Training for a Marathon

For the past half a year I’ve been in the midst of training for a marathon. The decision to participate this year came after incessant badgering by a colleague. As I remember, when I finally agreed it came when my defences were low following a particularly stressful period at work, […]